Our latest specialist report from Robin Murdoch is now available in the Documents section of the website. 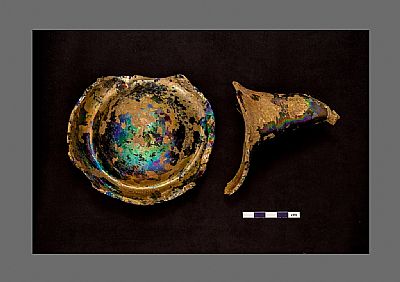 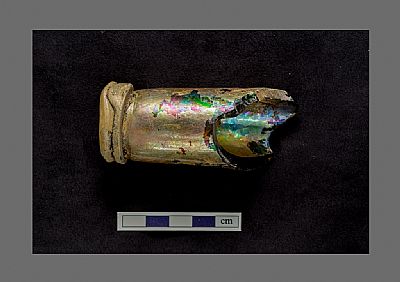 The majority of the glass finds comprised shards from mostly wine bottles (some possible ale bottles) and a small amount of finer tableware shards, covering the period from the late 17th to early 19th century. The diagnostic wine bottle shards indicate that there appeared to be a majority of first half 18th century items rather than later, although these bottles could have been in use for a considerable time after manufacture.  The remaining shards were mainly from bottles of different types of 19th century date.

Robin noted an increase in the number of window glass shards from the previous season. There are 4 shards of high lime, low alkali (HLLA1) glass of the early type, which indicates late 16th century manufacture.  And 3 shards of the later HLLA2 glass, probably of the first half of the 17th century. The relatively small number of window glass shards of this period probably indicates that there was very little glazing on site at that time. However, there was ample evidence of glazed windows from the late 17th century onwards.