In December 2012 a severe storm caused significant erosion to the coastline at the eastern end of Cromarty, exposing a sequence of archaeological deposits along the shore footpath to the South Sutor. The storm revealed four major exposures along the shoreline, which back on to a greenfield site known as Reeds Park, in an area close to the original core of the Royal Burgh. 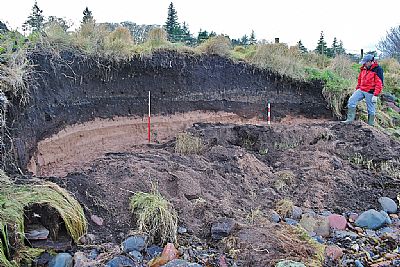 Initial archaeological investigation of the shoreline sites by Steven Birch and Mary Peteranna revealed extensive and well-stratified occupation (midden) material dating to the medieval period and later. The medieval deposits in particular appear to relate to settlement activity associated with the original site of Cromarty, once a flourishing medieval burgh with a Royal Charter. 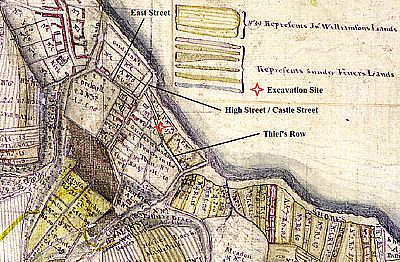 With a grant from the Hunter Archaeological Trust the project commissioned a geophysical survey  of Reeds Park in April 2013 (images from geophysical survey - very large file). The results of the survey confirmed the shoreline evidence and provided baseline data of the field's archaeological potential, which included structures and a road alignment.

In partnership with SCAPE / SCHARP, a pilot excavation was undertaken in the summer of 2013 to excavate the shoreline sites and to uncover the abandonment layers from a 19th century settlement on "Thief's Row" in Reeds Park. Using evaluation trenches, the pilot project also successfully confirmed the presence of well-preserved medieval buildings on the site. The results from 2013 led to the development of the Cromarty Medieval Burgh Community Archaeology Project 2014-2016, and enabled a thorough three year examination of this early Cromarty site .

The aim of the Cromarty Medieval Burgh Community Archaeology Project excavations is to investigate the Reeds Park sites and to target geophysical contacts. The goal of the project is to uncover evidence for trade and economy relating to the early settlement of burgh - a period for which we have limited historical records.

The medieval burgh of Cromartie

The sheriffdom of Cromarty was established around the year 1266 with the royal burgh soon after on Crown land below the castle. The burgh of Cromarty was set in a strategically important location, controlling the entrance to the Cromarty Firth and the ferry crossing on the coastal route north of Inverness (Nigg). 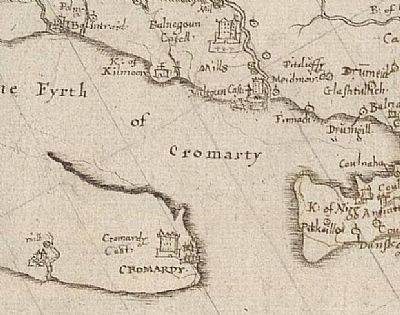 Royal authority provided the people of the burgh of Cromarty with security and allowed them to farm and trade their goods and produce. Certainly by around the year 1200 AD, Cromarty was a significant settlement, with an established trading base. However, historical records relating to this early period of the burgh of Cromarty are scarce and we have fragmentary evidence for the former layout of the town. 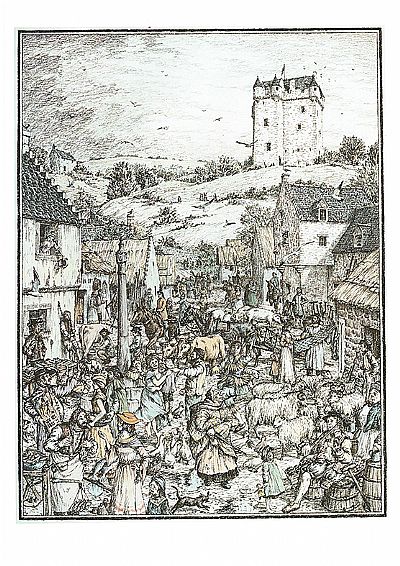 An impression by artist Mike Taylor of medieval Cromarty market

There is evidence of life in the early burgh based on finds recovered from fields around the town. These include over twenty hammered silver coins dating from before 1310 including pennies and cut half-pennies, most of which are English, with the earliest coins dating to between 1205-1210 – from the reign of King John I. We also have evidence from the documentary sources consulted so far including Charters relating to land and property transactions. 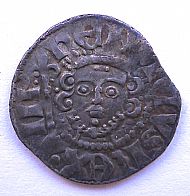 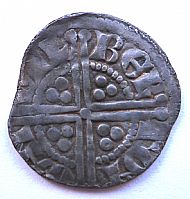 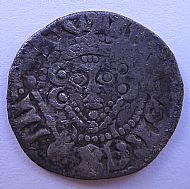 (These and more can be found in the Courthouse Museum)

The medieval burgh of Cromarty cannot have had more than a few hundred inhabitants during these earlier periods, but as with other burghs in Scotland they possessed an economic and social life out of proportion to their size. Their importance lay in their role as centres for trade, with their inhabitants having a relative freedom to pursue their own commercial interests.

From early maps and documents we can piece together an outline of the development of Thief's Row, a main feature of the project.

A major part of the Cromarty Medieval Burgh Community Archaeology Project is to investigate the trade and commerce of the early burgh whilst identifying the layout of the early town to the east of the old High Street. The project is a unique opportunity for the local community and visitors to engage with the past, helping the archaeologists to bring alive what was once an important trading centre in the north of Scotland.  A core question we are hoping to answer is:

Why was the early burgh of Cromarty so successful during these early years, especially between the 13th and 15th centuries AD?