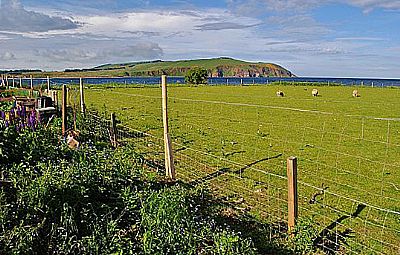 Reeds Park before digging started in 2013

The overall aim of the pilot project in 2013 was to find evidence for the layout of the original town centred on Thief's Row and the Causeway (originally called High Street and Castle Street); and to investigate the trade and commerce of the early burgh. 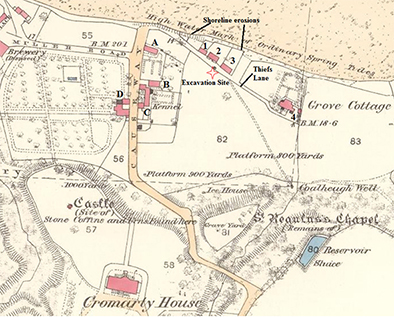 The results from the geophysical survey of the Reeds Park field, carried out in April 2013, provided baseline data of the site's archaeological potential. The survey showed the locations of numerous targets of archaeological interest scattered around the field with particular concentrations near the shoreline and around the location of Thief's Row. A group of linear anomalies in the survey data appeared to correlate with the alignment of the old road. 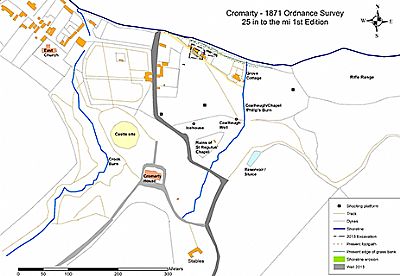 During the summer of 2013, in conjunction with SCAPE/SCHARP, the first season of excavations for the community dig was undertaken on both the shoreline erosions and in Reeds Park. The team uncovered the post-medieval / abandonment phase of archaeological remains in this part of town, including the old road surface of Thief's Row and the robbed-out remains of three houses shown on John Douglas' map of 1823 and the 1880 Ordnance Survey map sheet. 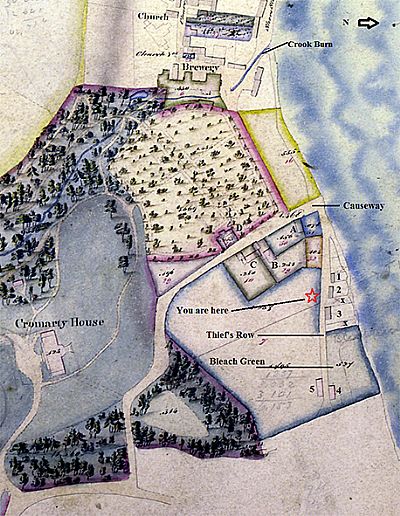 Results from the 2013 excavations provided information about how the people of Cromarty lived during the 18th-19th centuries, some of whose names we know from old house lists and Census Records. Many of the objects recovered were personal objects from this period, along with large amounts of animal bone, fish bone and shellfish, material representing economy and diet. 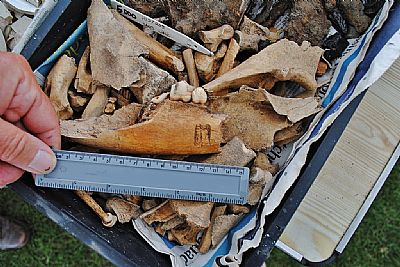 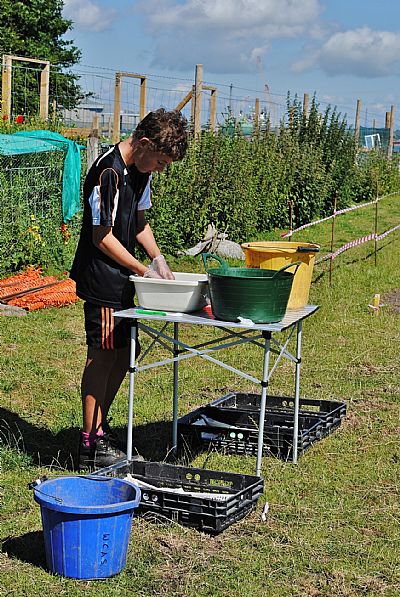 
More targeted excavation below the 18th-19th century layers uncovered significant medieval remains, including the stone-built foundations of substantial buildings, evidence suggesting that Cromarty had been a substantial medieval burgh. The preservation of the medieval archaeology was excellent and artefacts from the medieval deposits on the site include ceramics dating to between the 13th and 15th centuries (including imported wares from the Scottish Central Belt, the Low Countries of Europe and Yorkshire in England), iron fish hooks and knives, stone and ceramic spindle whorls and a substantial number of what appear to be stone 'pot lids' or 'discs'. 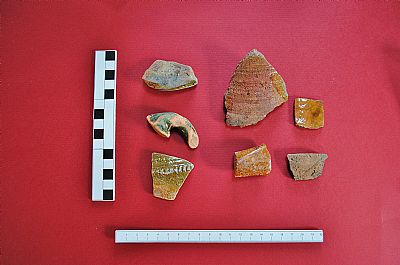 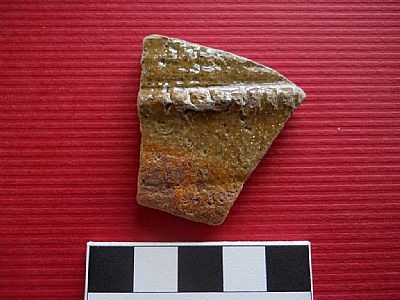 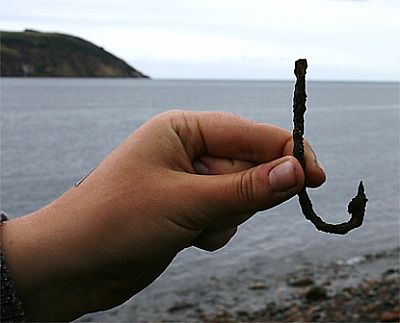 How important was fishing to the economy of medieval Cromarty? 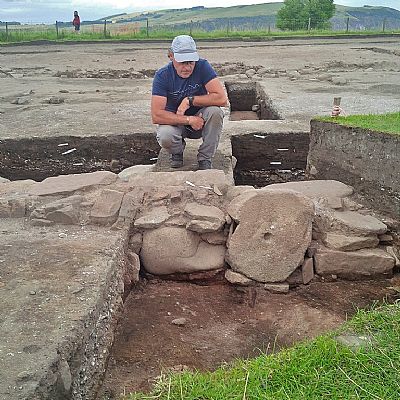 Initial analysis of the fieldwork results from 2013 indicated that the stone foundations of at least three major medieval buildings survived on Thief's Row (one structure to the south of the road and two buildings to the north), with ceramics associated with the structures dating them to between the 13th and 14th centuries. Large rotary querns and quernstone fragments were also found incorporated into the fabric of the buildings, which also displayed some evidence for cruck-frame construction. In addition, the foundations of another substantial medieval building were identified during the excavation of a trial trench in the Cromarty allotments, located just to the west of the excavation site in the Reeds Park field.

The buildings were not fully excavated in 2013, but a small sub-trench was excavated within the building on the south side of Thief’s Row. This trench produced evidence for a possible earlier wooden structure, which appeared to have burnt down. Features within the earlier building included a small hearth, a post-hole or pit and several small stake holes. It is possible that the wooden structure dates to the earliest foundation period of the Royal Burgh, or even earlier.

Additional evidence relating to an early burning event within the early settlement history of the burgh was recovered during the excavation of a pipe trench by Scottish Water in the adjacent allotments in 2002. The archaeologist supervising the watching brief on the pipeline found an in-situ burnt wooden post from which a sample was taken for radiocarbon dating. The results provided a calibrated date of 1110AD to 1290AD. 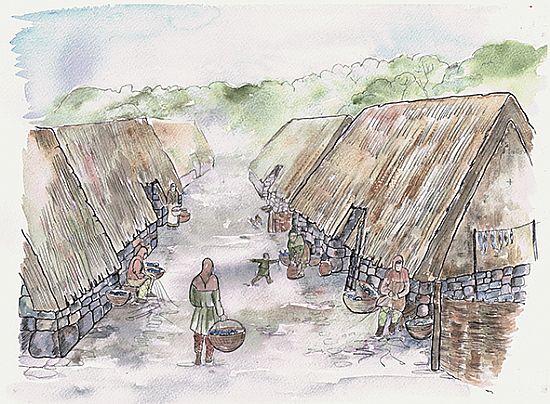 At the end of the 2013 excavations local artist Pat Haynes created this impression of what medieval Thief's Row might have looked like.

How will future excavations change this vision?