I’m Emma Harrison, and although I'm originally from Aberdeen I've lived in New Zealand, Oman, and Australia for much of my childhood. I’ve just graduated with my Archaeology degree from Aberdeen University, and I’m going to Sheffield University in September to start my MSc in Experimental Archaeology.

I explored castles in Scotland and forts in Oman as a child, and obviously had an interest in different cultures – their lifeways and material culture differences also inspired an interest in the past. I got into archaeology because of an early interest in reenactment, which in turn got me thinking about how things were made in earlier historic periods. I’ve known since I was about 13 that I wanted to do experimental archaeology: I got into reenactment when I was 13 because I originally wanted to learn how to sword fight – turns out I hate sword fighting! I originally did combat displays but have developed more of an interest in living history. I’ve learned different craftworks like leatherworking, tablet weaving and learning blacksmithing. I want to specialise in experimental iron smelting blacksmithing, focusing on these in the Viking period. 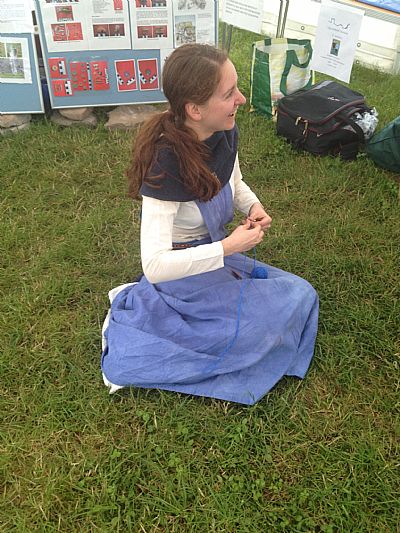